Did you ever noticed these two popular long plays of Pakistan Television which have zero female roles? Yes, “Taleem-e-Balighaan” and “Mirza Ghalib Bandar Road Par” are two dramas of PTV which were aired in early years and had simply no female characters. Interestingly, both dramas were written by a same writer, Khawaja Moin Ud Din.

Even almost a half century after these dramas were aired, ‘Taleem e Balighan’ and ‘Mirza Ghalib Bandar Road Par’ are still popular and thanks to the YouTube and other video sharing websites, people are watching it and in fact the fame of both the dramas is increasing. Unfortunately, many people don’t know much about the writers and directors of these dramas and like to only enjoy watching them, which is all right, but the men behind these masterpieces have a great history.

Khawaja Moin Ud Din was born in Hyderabad Deccan in 1924 and was recognized as a brilliant drama writer during his young age. After the partition he moved to Pakistan and his topics were now mostly converting to the stories of the partition. The 1947 partition was a painful event of the history and like every sector of the society poets and writers were deeply inspired by it. The poetry and literature created after partition, both in Pakistan and India, explains the feelings, pains and hardships of the people of those times. It was the time when Urdu and Hindi poets and writers created a huge amount of high level poetry and literature. Khawaja Moin Ud Din’s name and works are very important in this regard.

Khawaja Moin Ud Din had written 17 dramas and he was associated with Radio Deccan before migrating to Pakistan. His famous dramas at that stage were ‘Taraqqi Pasand Mushaira’, ‘Saraiki Zuban, ‘Anjuman-e-Satta Baazan’, ‘Purane Mehel’, ‘Jashn-e-Azadi’, ‘Intakhab’ and ‘Nannhe Nawab’. Dramas were then written for theater and radio and both these mediums were very popular and had a big audience. You can say that theater was the television of that time and radio was popular as crazy as internet or social media is popular today.

Those were the days when it was not liked to have females work in dramas on stage or theater and even there were very few females in radio. Theater dramas were all about males and even if a female character was not avoidable, the female character was performed by a male. Writers used to create stories in which females were not required so that the dramas could be easily presented on the stage or theater. This was the basic reason behind the fact that the two dramas of Khawaja Moin Ud Din selected for television had no females in them.

Both dramas were written years before PTV was born and they were popular on previous platforms and due to their fame PTV later decided to bring them on television screen. ‘Taleem-e-Balighan’ was written in 1954 and ‘Mirza Ghalib Bandar Road Par’ was written in 1956. They were brought to PTV in 1966. 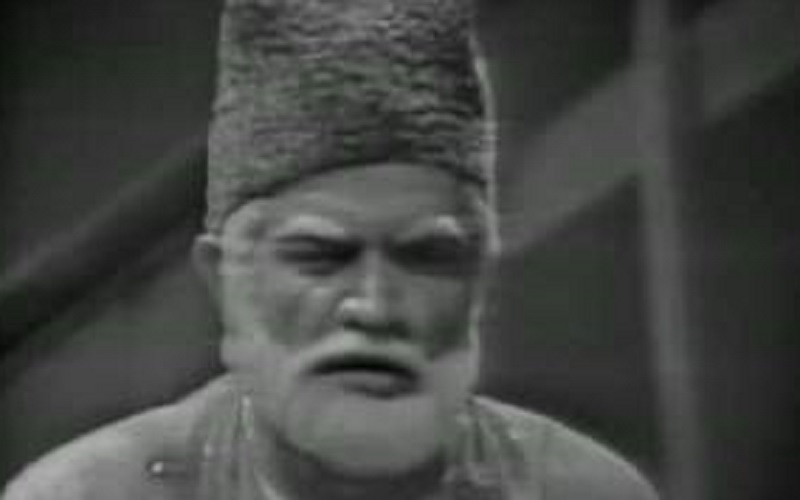 Both these dramas are super classics of Pakistan Television and they hijack your minds and hearts no matter how many times you have watched them before watching them again. In ‘Mirza Ghalib Bandar Road Par’, the legendary poet Ghalib comes back to world again after the independance and meets different characters on Karachi’s Bandar Road and finds that the British India, he spent his life in, has changed. The drama is picturized so beautifully and its cinematography is appreciatable. Subhani Ba Younus, Zahoor ahmad, Qazi Wajid, Mehmood Ali, Munawwar Saeed, Behroz Sabazwari, Lala Naseer Ud Din and other stars of the time performed their best talent.  Drama ‘Taleem-e-Balighan’ was a beautiful political satire and was picturized at a single set which was a class room for adult students with an aged typical teacher. Again Mehmood Ali, Qazi Wajid and Subhani Ba Younus were present in this drama too. 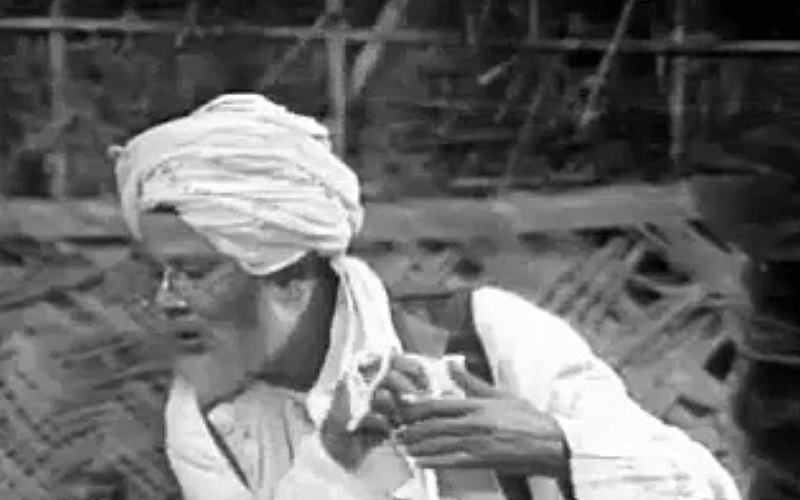 Khawaja Moin Ud Din’s other dramas are also classical and are now available in book shape titled ‘Khawaja Moin Ud Din Key Dramey’ and not only we should read them but PTV should also get them on screen. Time has changed and now we see no think tanks in PTV who were once behind this great institution and were responsible to search and bring superb works like ‘Taleem-e-Balighan’ and ‘Mirza Ghalib Bandar Road Par’ on screen and it was their contribution that we are celebrating these classics even after decades. Khawaja Moin Ud Din’s dramas ‘Naya Nishan’, Lal Qila Sey Lalu Khait Tak’, ‘Jail Ko Kahain Susral’, ‘Saawan Ka Andha’, ‘Intakhabi Jalsa’ and ‘Jo Chamke Woh Sona’ are worth reading and handing over to the new generations.