Famous Pakistan actor Abid Ali is being buried at Bahria Town Graveyard Karachi. The legendary actor died on Thursday after a heart attack at age of 67.

The funeral prayer of Abid Ali was offered at Masjid Ayesha which was joined by his family members, friends, actors, and the public.

Abid Ali was among the very senior and popular actors of Pakistan. After getting huge fame from the drama Waris of PTV in 1978, Abid spent four decades in the entertainment industry till his death. He became part of many blockbuster dramas on Pakistan Television. His characters are still remembered by Pakistanis. He also appeared in some movies and after the arrival of private channels in Pakistan, Abid remained the same popular on other channels.

An era of the golden past of Pakistan Television and acting has ended with the sad demise of Abid Ali. May Allah award him forgiveness and place in Jannah. 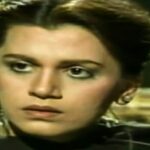 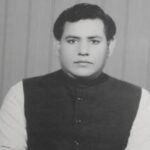