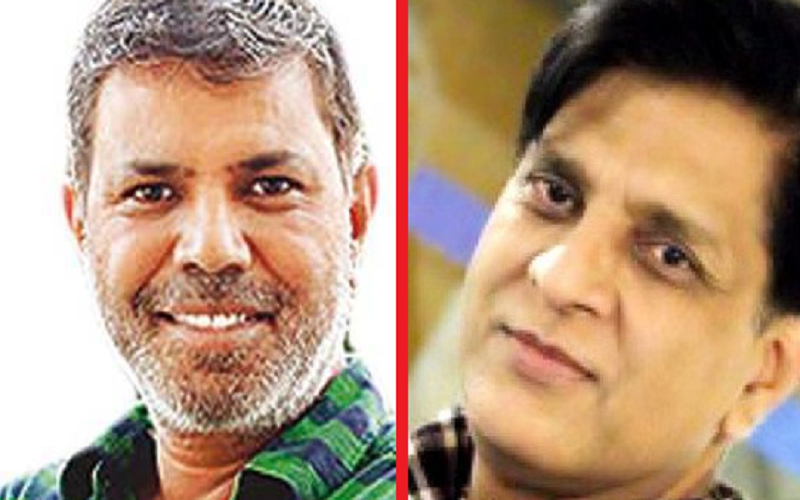 There are some very notable similarities between the two famous names from the history of Pakistan Television, Ashir Azeem and Rauf Khalid, who got fame through their dramas Dhuwan and Angar Wadi respectively. Rauf Khalid died in 2011 and Ashir Azeem left for Canada after completing Dhuwan project. But let us see some important facts about them.

Strangely, both were basically famous as actors but they were not professionally actors and their famous dramas were their first acting attempts. Ashir was writer, director and main lead actor for Dhuwan and Rauf was writer, director and main lead actor for Angar Wadi. They might have thought their own appearances in dramas can only satisfy them or might be they opted acting because they were all incharge. Whatever the case was, their own dramas were their very first acting experiences and they were seen in main roles. Ashir performed the main role in Dhuwan as Azhar and Rauf performed Hamza in Angar Wadi. Rauf was not very solid and even today when we see Angar Wadi, we find that his acting was very weak. On the other hand, even being very new to the acting field, Ashir did a reasonable job in Dhuwan but it was not something special.

We should remember that though Rauf Khalid was new to acting but he was not new to PTV as well as to writing and direction. In fact he had already wrote and directed drama Madaar in 1989 and was a popular writer for classic drama Guest House in 1991. Even after Angar Wadi, Rauf Khalid wrote and directed Laag drama in 1998 and also acted in this another popular work of him.In 2003, he brought his first film named Laaj for which he was writer, director, producer and actor. His last production as writer, director and producer was his drama Mishaal in 2008. As a writer and a literary person, Rauf remained very active and popular. He was a good painter as well and served as Chairman National Institute of Cultural Studies (NICS) at Lok Virsa, Islamabad.

For Ashir Azeem, Dhuwan was a fresh start. He was keen in writing since his student life but it was during his Civil Services training time when he created the idea of Dhuwan and finally brought it as a writer and director and gave himself the role of main character as well. After finishing the drama project, Ashir left for Canada and obtained citizenship and that was the end of his career until he came in 2016 with his film project of Maalik and later in 2017 he worked in film Yalghar. But for PTV, Dhuwan was his first and last memory.

Both Ashir Azeem and Rauf Khalid had background of services. Ashir remained in Civil Services and worked with Customs department and Rauf was an ex serviceman and bureaucrat. They had their active service lives.

Finally, we can find lots of similarities between the dramas they both produced. Dhuwan and Angar Wadi were not routine dramas but were based on patriotic grounds. Dhuwan was an effort to highlight the evils and crimes of the society and it brought the role of police force, social workers and enthusiastic youth in light who are always ready to deliver for nation. On the other hand, Angar Wadi was based on the struggle of Kashmiri Mujahideen and it presented the inside view point of the Kashmir struggle.

Emerged basically in 1994 and publicly known as actors, Ashir Azeem and Rauf Khalid were not professional actors and similarities we have discussed above happen rare in fields like television. They both had been part of memories of the golden past of PTV.