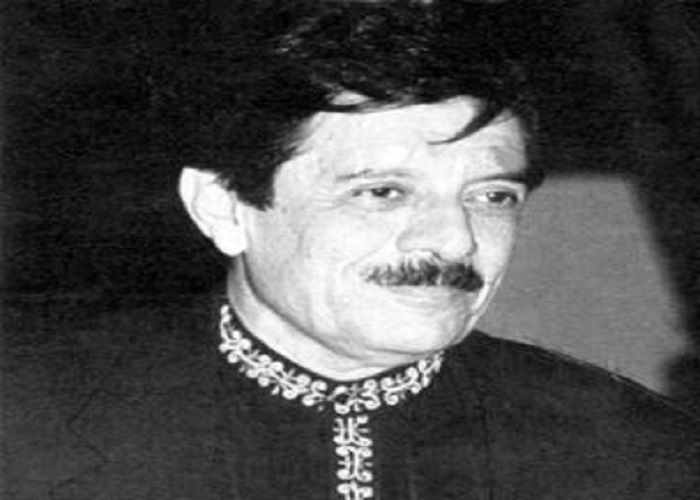 Full Name: Jamshed AnsariOther Names: NoneDate of Birth: 31st December, 1942Born at: Saharanpur, British IndiaDate of Death: 24th August, 2005Died at: Karachi, PakistanAge: 63 YearsRoles with PTV: ActorFamous Works: Jharokey, Uncle Urfi, Zair Zabar Paish, Kiran Kahani, An Kahi, Tanhaian, Half Plate, Kohar, Ghora Ghaas Khata HaiRelation with PTV: 1968-2005Life:Jamshed Ansari was born on 31st December, 1942 in Saharanpur, Uttar Pardesh, which was than British India and is India now. His family was well settled business family which migrated to Pakistan in 1948 after the partition. Jamshed Ansari joined Radio Pakistan before joining PTV as an actor. He earned huge name and fame in his career and also received many awards. He worked for radio, television and films.


Jamshed Ansari died of a brain tumor on 24th August, 2005 at Karachi.
PTV Memories:Jamshed Ansari had already earned fame on Radio Pakistan when he was performing the role of “Safdar” for radio drama “Hamid Mian Key Haan”. Radio was as popular in 40’s, 50’s and 60’s as television is popular now a days. His drama “Hamid Mian Key Haan” was longest running Radio drama of its time.


Jamshed made his debut on PTV in 1968 with Lahore center’s drama “Jharokey” and then was casted by Agha Nasir for Karachi center drama “Ghora Ghaas Khata Hai”. Later on he spent most of his career at Karachi. “Zair Zabar Paish” became his early career success and his role of “Hasnat Bhai” got nationwide fame in drama “Uncle Urfi”.


80’s was the era of Jamshed Ansari in which he gave many super hit dramas to PTV including “An Kahi” and “Tanhaian”. Both dramas are counted as PTV’s classics and people love to watch them even today on YouTube. His roles as “Timmy” and “Buqrat” respectively in both dramas became very popular.


Jamshed Ansari’s special appearance in long play “Half Plate” is another memory where he joined Moin Akhtar, Khalida Riasat, Arshad Mehmood, Badar Khalil and Latif Kapadia to create a mega super hit drama of the history of PTV.


Jamshed Ansari was a comedian actor and rarely performed serious roles. He had totally transformed his personality into a comedian. Other than dramas, Jamshed regularly appeared in many PTV shows for comedy skits.


One of the legendary faces of PTV, Jamshed Ansari got so much love and appreciation from Pakistanis and remains a strong part of PTV’s history.