PTV actor Khalid Zafar was born in Karachi, Pakistan on 23 October 1953. He studied in Karachi and did his B.Com. He spent his whole life in Karachi and represented the true culture of the city.

Besides his long career in showbiz, Khalid Zafar later founded his own production house under the title of Nida Studios in Karachi.

Khalid Zafar has a deep interest in poetry and literature as well and attends literary sittings and meetings regularly.

Khalid Zafar is among the famous faces of the past of Pakistan Television and reminds the past to the viewers whenever appears on the screen. After private channels are allowed in Pakistan, Khalid is seen on many channels, but his real and true recognition belongs to PTV and he admits this truth with pride and honor.

Khalid Zafar is one of those actors who joined PTV during its first decade and then spent a long time with it and made their own acceptance in the audience. Khalid started right from television and it was in 1973, at age of just 20 years, when Khalid Zafar appeared in his first drama which was “Sutoon” directed by famous PTV writer and director Qasim Jalali. He, later on, played many dramas and also produced many remarkable roles. Some of his famous dramas include Sutoon, Aasman Tak, Deevaar, Aandhi, Ghar Aik Nagar, Muqaddama-e-Kashmir, and Yeh Jahan.

His famous role of a Kashmiri in the long play Muqaddama-e-Kashmir got him fame and appreciation widely and it was liked by everyone. After so many years Muqaddama-e-Kashmir is still very famous and is taken as a masterpiece. His appearance in the drama Ghar Aik Nagar is also a beautiful memory for many Pakistanis.

Khalid Zafar received many awards for his acting at different channels.

Though like many others, Khalid Zafar joined other channels he is recognized always as a face PTV brought to the Pakistanis. 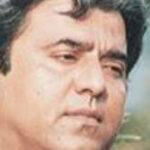