When she died at only 43, it was a piece of sad news for PTV fans who had become fond of seeing her on-screen with her unique acting talent. Khalida fought with cancer but could not defeat it and left forever at almost a young age.

Khalida Riyasat was born in Karachi on 1 January 1953 and joined showbiz early at her age. She worked in many memorable dramas for PTV and earned fame which others desire in the media industry. In the early 80’s she disappeared from the scenes silently and left not much news about her. In 1984 Khalida married the Pakistani politician Faisal Saleh Hayat but the marriage came into public in 1987 and even at that time she avoided to public her husband’s name. The couple had two sons, Ali and Raza.

After her announcement of marriage, she returned back to the screen and appeared in some dramas but in her interviews of that time, she expressed that she has changed a lot. Her ideas and ideals were changed after her marriage and she told that she is very happy with her present life.

Khalida Riyasat worked on stage for a short time and was offered films as well but she never had accepted any film.

Khalida Riyasat was the elder sister of famous PTV actress Ayesha Khan who herself was a big name of Pakistan Television.

Once again, during her last years, she disappeared without leaving any news and there were rumors about her health issues. Later it was found that she had battled with cancer and died at age of 43 on 26 August 1996.

Khalida Riyasat first appeared in a drama on PTV named Naamdaar where she played the main role with Shakeel. Naamdaar was a detective stories drama and both the main roles were presented while solving the murder cases.

It was the late 70’s when Khalida’s career started and in the next two decades, she ruled the mini screen. With her unique acting talent and style and her different pitched voice, she attracted the viewers and became a household discussion. She was loved and respected for her sober work and people would wait for her to appear on the TV screen.

It was the time when Roohi Bano and Uzma Gillani were also at the peak of fame and together the three female actresses went on to dominate PTV dramas of the ’70s and ’80s.

Khalida worked at Karachi as well as at Lahore center and gave blockbuster dramas to Pakistan Television. Her famous dramas include Naamdaar, Bandish, Dhund, Taabeer, Nasheman, Aik Muhabbat Sau Afsane, La Zawal, Maqsoom, Saye, and Silver Jubilee. She worked in some famous long plays as well and made them a memory. Her very special and famous long play Half Plate is a legend to date in which she played the lead role with Moin Akhtar and together with the writer Anwar Maqsood, the team created a masterpiece for PTV. Khalida Riyasat appeared in the long play Khoya Huva Aadmi with Kamal Ahmad Rizvi and yet again the drama went so popular that it is worth watching even today. Some of her other famous long plays include Panah, Dasht e Tanhai, Ab Tum Ja Sakte Ho, Wadi e Purkhaar, Meri Sadgi Dekh, Dhoop Deewar, Nange Paon, Baazdeed, Naqsh e Saani, Qarz, Aadhe Chehre, and Umeed e Bahaar.

She worked in some dramas of NTM and STN televisions as well which were sister channels of PTV.

Even after her death long ago, Khalida Riyasat is remembered by PTV fans and her old dramas are watched by Pakistanis on the internet. She is admired for her classic acting and she will remain a great memory of Pakistan Television. 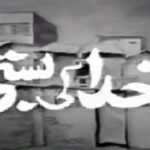 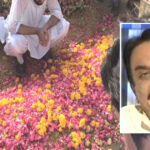