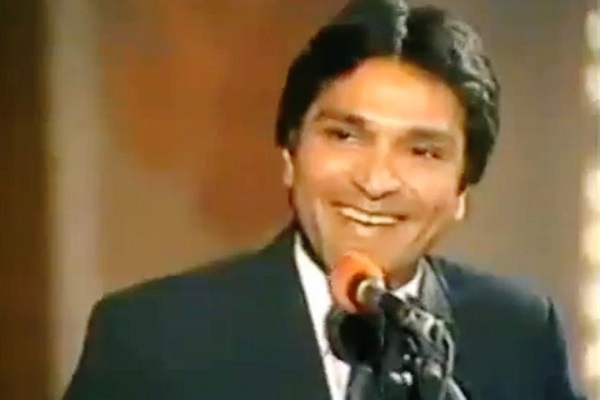 Moin Akhtar’s family migrated from India to Pakistan after independence in 1947 where he was born in Karachi city on 24th December, 1950. He started acting at a very young age of 13 as a child actor and later joined Pakistan Television and became one of the most famous stars of PTV after spending almost 45 years with the institution. He was known as a comedian and played several roles in dramas, films, shows and stage dramas. Moin Akhtar was not only famous in Pakistan but he earned appreciation and fame in India as well. He received Pride of Performance Award from the Government of Pakistan in 1996.

Moin Akhtar died in Karachi at the age of 60 years on 22nd April, 2011 due to a heart attack. His funeral prayer was led by Junaid Jamshed and he was buried in Karachi. Moin Akhtar left behind his wife, three daughters and two sons.

Almost after two years of PTV launched, Moin Akhtar joined it as an actor. He was very young then and was introduced in a show with a comedy skit. After that he got chances to appear in dramas and soon he established his repute. In 70’s he got popularity working with Anwar Maqsood and Bushra Ansari and all three of them remained a group for long years to come.

Moin Akhtar presented himself as a host on PTV and continuously hosted many famous shows which included Studio Dhai, Studio Poney Teen, Yes Sir No Sir, Show Time, Moin Akhtar Show, Hello Hello and Intazar Farmaiyey. In his shows he invited and interviewed many big names of his times. His hosting style was very unique and his shows were appreciated and liked nationwide.

Moin Akhtar also gave some songs to PTV and he was a reasonably good singer. In his shows, like Yes Sir No Sir, he used to sing a comedy song in each episode. He also sang a few serious melody songs.

There is a long list of Moin Akhtar’s dramas for PTV. People wanted to see him in comedy roles and he acted mostly for comedy dramas. Moin Akhtar was a tradition for Eid special dramas and shows and people used to wait for his special appearances in Eid related dramas and shows. Three of his long plays, Half Plate, Rozi and Kya Baney Baat are considered top classics of PTV. His other famous works include Eid Train, Such Much, Fifty Fifty, Bandar Road Sey Kemari, Aangan Terha, Rafta Rafta and Bakra Qiston Par.

With the invent of private channels in Pakistan after 2000, Moin Akhtar worked with other channels but his real fame remained with PTV. He was a pillar for PTV and has a lot of contributions for the national TV channel in the past. The story of PTV’s past can not be completed without Moin Akhtar. Till today, people love to watch his old dramas and shows and even after his death he is loved and remembered by a great number of Pakistanis around the world.

Can PTV Not Launch A Channel Dedicated To Its Past?