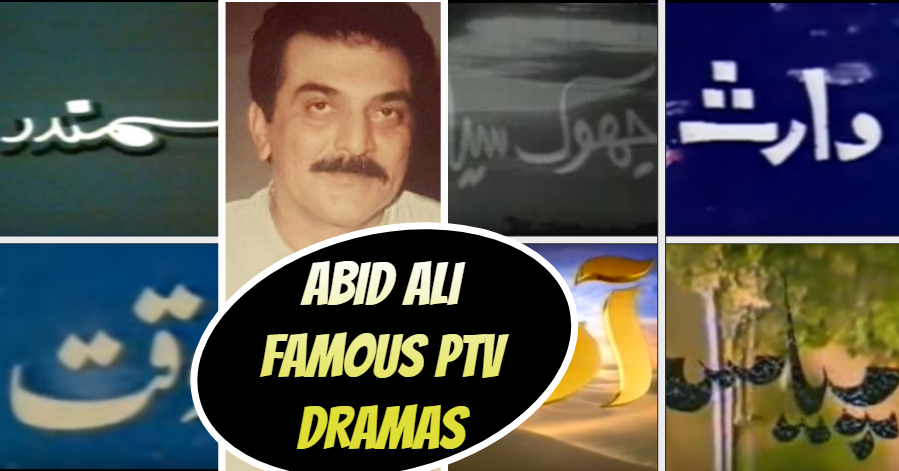 Abid Ali was a face of PTV who left behind some beautiful memories. After 2000, he worked for about two decades on private channels but his ultimate recognition always remained PTV. 1970’s, 80’s and 90’s were the decades when Abid Ali was on top of fame and his dramas were being loved and liked by Pakistanis. He was among the true legends PTV produced in the past.

Everybody remembers his appearance in drama “Waris” which basically gave him boost and fame. Waris was equally important for many actors and the drama gave stardum to many faces who later went on working with PTV for long years. But Abid Ali earned huge fame through his character of Dilawar Khan in Waris which was aired in 1979. Waris was written by Amjad Islam Amjad and was directed by Nusrat Thakur. Mehboob Alam, Uzma Gillani, Samina Ahmad, Firdaus Jamal, Ghayyur Akhtar, Tahira Naqvi and Agha Sikandar were other famous actors of the drama. But Abid Ali as Dilawar proved to be the most famous or maybe the second most famous character of the drama after Chaudhry Hashmat’s character played by Mehboob Alam.


It took him six years to reeach Waris as his debut drama was “Jhok Sial” in 1973 which was also a success but Abid could not manage a real launching pad. Jhok Sial was directed by Yawar Hayat and it was based on a folk story. The drama was written by Syed Shabbir Hussain, a punjabi writer, husband of singer Malika Pukhraj and father of singer Tahira Syed. Abid Ali played the main role and was highlighted but he had to wait for Waris to really become his trademark.


Drama “Samundar” came in 1983 which was again written by Amjad Islam Amjad and directed by Yawar Hayat. It was a full of stars drama and Abid Ali was to join Mehboob Alam, Bindya, Asif Raza Mir, Waseem Abbas, Khursheed Shahid, Arifa Siddiqui, Tauqeer Nasir, Nisar Qadri and Mehmood Aslam. Abid Ali played the character of “Zaman” which was not the main character but a highlighted one. Samundar was highly appreciated drama of the past.


Amjad Islam Amjad again wrote a masterpiece drama and Nusrat Thakur directed it and “Waqt” was aired in 1986. Ghayyur Akhtar, Mehmood Aslam, Aurangzaib Laghari, Saba Hameed, Firdaus Jamal and other famous actors were joined by Abid Ali who played a major role of “Riaz Ali” in this drama.


In 1987, Abid Ali appeared in drama “Piyas” which was written by Asghar Nadeem Syed and directed by Nusrat Thakur. Abid Ali played a major role of “Qadeer Khan” and gave his best to the character. His role was kind of a feudal. Shakila Qureshi, Nighat Butt, Ajab Gul, Arifa Siddiqui, Azmul Haq, Afzaal Ahmad, Tahira Wasti, Masood Akhtar, Mehboob Alam and Suhail Asghar were also part of this drama. Piyas was a super hit of the past and it is still fresh in the memories of many people.


Drama “Khawahish” was another hit for Abid Ali which came in 1989. It was written by Asghar Nadeem Syed and directed by Rashid Dar. Other actors included Suhail Asghar, Javed Kodu, Seemi Raheel, Rani, Azmul Haq, Iram Hassan, Nida Mumtaz, Sonia and Nighat Butt. Abid Ali played the main character of “Khushi Muhammad” who was a truck driver and his brilliant acting skills came out to the best with this character in Khawahish.


It looks like the whole decade of 1980’s was the peak time of Abid Ali. He was almost in the middle of his best PTV career. That was also the peak popular time of PTV drama and Abid Ali was dominating the Pakistani miniscreen with other great stars of the time. It was also the time when Abid appeared in some films.

After the launch of NTM (Network Television Marketing) as another channel of PTV, Abid Ali not only worked in some dramas for NTM but he also started his career as director and producer. His drama “Dasht” came as a success in 1993 which was directed by him and he also played a major role of “Shams Shah” in this drama. Munnu Bhai was the writer and other actors included Noman Ijaz, Atiqa Odho, Ayub Khoso, Noor Muhammad Lashari, Fazila Qazi, Asad Malik and Sabiha Khanum.


Drama has started changing and it was the start of the decline of PTV drama after 2000 but people were somehow connected with PTV because of the mega stars of the golden past like Abid Ali.

Drama “Aan” came in 2000 and Abid Ali was not only a major actor in this drama but he wrote this drama with co-writer Irfan Ahmad Urfi and directed it as well. The drama with its mega cast was filmed in UAE and depicted the life of Pakistanis abroad. Javed Shaikh, Aurangzaib Laghari, Atiqa Odho, Shagufta Ejaz, Ayub Khoso, Asad Malik, Nayyar Ejaz, Hassam Qazi and Mehmood Aslam were some of the other prominent actors of the drama. Abid Ali played the character of “Hammad” in drama who was a Pakistani Amarati mixed person.


Film director and producer Muhammad Javed Fazil produced drama “Mehndi” in 2003 which was written by Seema Ghazal. Abid Ali with Qazi Wajid, Tamanna, Amna Haq, Humayun Saeed, Ayesha Khan, Aijaz Aslam, Kamran Jillani, Jahanara Hai and others made this drama a memory, but it was not the real PTV style drama. The time had changed and PTV was leaving behind.

Abid Ali worked in so many beautiful PTV dramas and we have mentioned just a of them. He was one of the top talented actors PTV had produced and his dramas and characters will remain with us for long coming times. 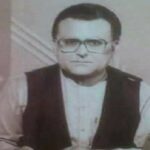 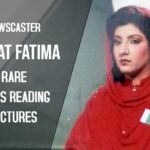