Zaheen Tahira is among those legend actors who joined PTV and appeared on screen in the early years of television in Pakistan. She was born in 1940 in Lucknow, British India, and migrated to Pakistan after independence in 1947. She adopted the showbiz field at a young age and became a famous face of the industry. She died at age of 79 in Karachi on 9 July 2019 due to cardiac illness.

It was 60’s when PTV presented its blockbuster serial of Khuda Ki Basti produced by Shaukat Siddiqui. The drama is considered the masterpiece of all times to date and Zaheen Tahira played one major role in this drama along with other famous actors. Her appearance earned her so much fame that Zaheen became a permanent figure for PTV dramas for the next three decades. She played main roles in many dramas and ruled the mini screen in Pakistan for a long era. She spent her whole life in Karachi and the PTV Karachi center was a home for her.

Zaheen Tahira is a famous face of the black and white days of PTV. She regularly worked in dramas before the color transmission started and when in the ’70s Pakistanis started watching color dramas, Zaheen Tahira was on the top of fame.

Her style of acting was always admired and loved by the viewers. Till her young age, she played many key roles but later she appeared in supporting roles. She was liked in mother and wife roles in many dramas.

She converted to private channels in the late ’90s like many other PTV actors and it was the time when PTV started to lose its glory. Zaheen Tahira worked for almost all major private entertainment channels and kept her class. She also worked in a few films. Overall she appeared in around 700 dramas.

Zaheen Tahira was awarded Tamgha-e-Imtiaz in 2013 by the President of Pakistan and she received many other awards in her long acting career.

During her long career of 6 decades in acting, Zaheen Tahira earned fame, acceptance, and respect from Pakistanis and PTV is her first and last recognition. In the last decade of her career, she remained busy on private channels and did not work for any notable PTV drama but her PTV stamp followed her everywhere.

When we talk about the real glorious period of Pakistan Television, Zaheen Tahira has a huge place to be remembered. Her precious works will keep her memories alive and she will be a great PTV memory for many of us. 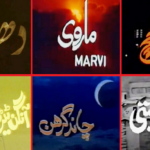 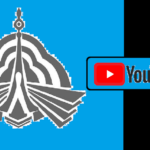